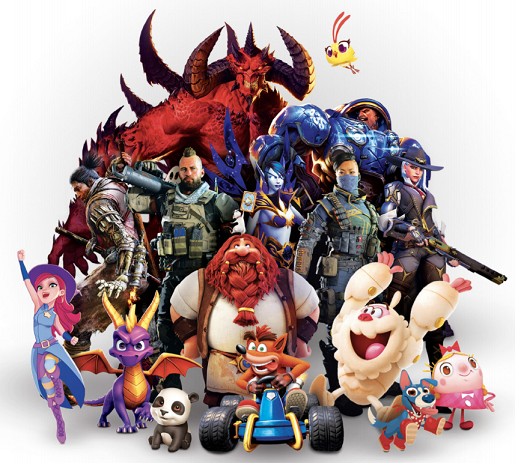 SANTA MONICA, Calif.--(BUSINESS WIRE)--Nov. 7, 2019-- Activision Blizzard, Inc. (Nasdaq: ATVI) today announced third-quarter 2019 results.
​
“Our third quarter results exceeded our prior outlook for both revenue and earnings per share,” said Bobby Kotick, Chief Executive Officer of Activision Blizzard. “Recent launches have enabled significant growth in the size of our audiences for our Call of Duty® and World of Warcraft® franchises. As we introduce mobile and free-to-play games based on our franchises we believe we can increase audience size, engagement and monetization across our wholly owned franchises. With a strong content pipeline and momentum in mobile, esports and advertising, we are confident we will remain a leader in connecting and engaging the world through epic entertainment.” 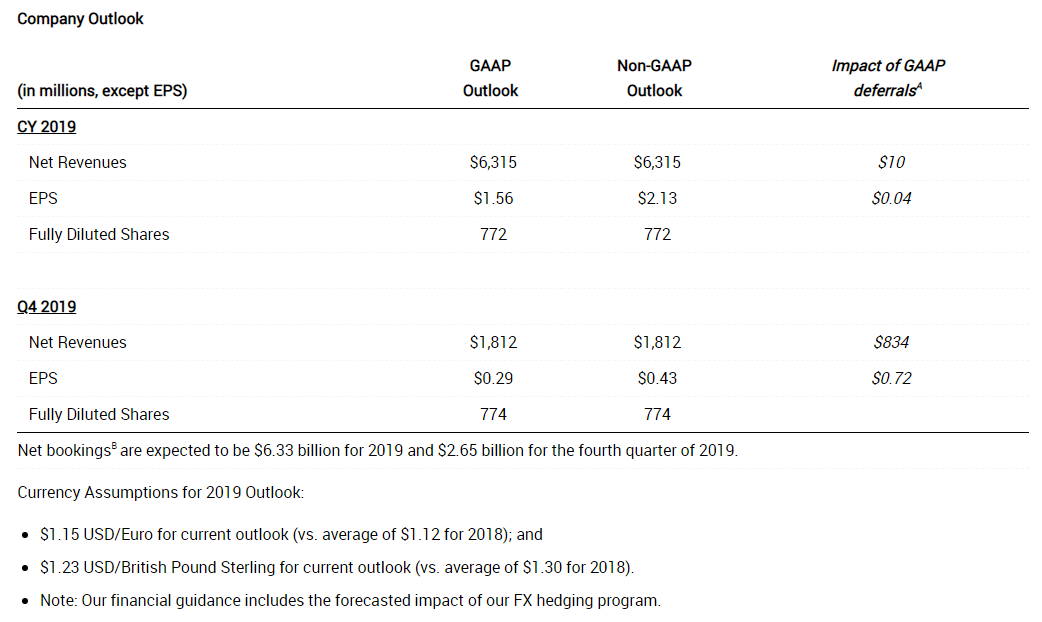 Selected Business Highlights
Activision Blizzard exceeded its third quarter outlook, driven by better-than-expected performance for Call of Duty in-game and World of Warcraft, as well as favorable cost timing. The company started the fourth quarter with successful launches for Call of Duty®: Mobile and Call of Duty®: Modern Warfare, and achieved important milestones for several other franchises. Activision Blizzard is intent on building on this momentum as the company invests in the fourth quarter to maximize the potential of its franchises in 2020 and beyond. 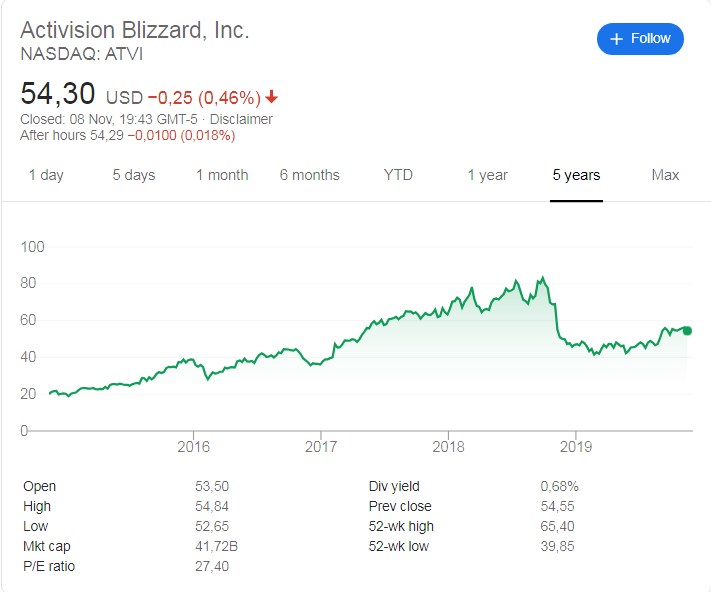 The extract below covers the latest earnings report of Activision Blizzard as obtained from TheStreet.com

"Our third-quarter results exceeded our prior outlook for both revenue and earnings per share," said CEO Bobby Kotick. "Recent launches have enabled significant growth in the size of our audiences for our Call of Duty and World of Warcraft franchises." In a note, Barclays said, "The 3Q strength was driven by Call of Duty (CoD) in-game revenue and the surge of subscriptions lead by World of Warcraft (WoW) Classic, which had the most q/q subscriber net adds in its 15-year franchise history."

Call of Duty, one of Activision Blizzard's most well known games

We usually recommend that long term fundamental or value investors enter a stock at least 10% below our target (full value) price which in this case is $46.10. We therefore believe a good entry point into Activision Blizzard stock is at $41.50 or below. We expect the stock of Activision to pull back from its current levels to levels closer to our target (full value) price in coming weeks and months.

Next earnings release of Activision Blizzard