American Woodmark Corporation manufactures and distributes kitchen, bath and home organization products for the remodeling and new home construction markets. Its products are sold on a national basis directly to home centers, builders and through a network of independent dealers and distributors. At July 31, 2019, the Company operated eighteen manufacturing facilities in the United States and Mexico and eight primary service centers located throughout the United States​ 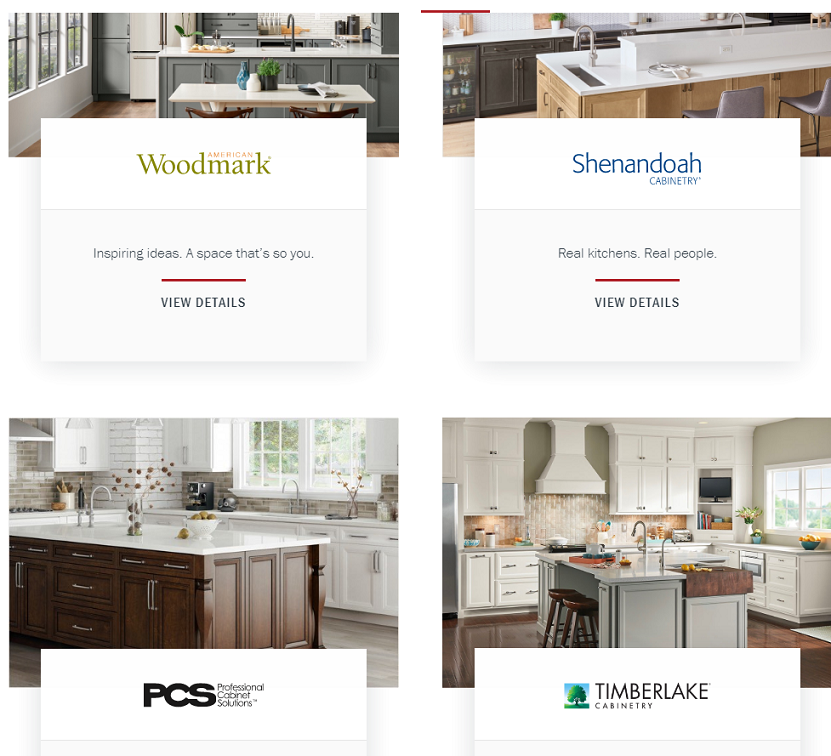 American Woodmark management commentary on the results and earnings guidance

WINCHESTER, Virginia (August 27, 2019) -- American Woodmark Corporation (NASDAQ: AMWD) (the "Company") today announced results for its first fiscal quarter ended July 31, 2019. Net sales for the first fiscal quarter decreased 0.4% to $427.4 million compared with the same quarter of the prior fiscal year. The Company experienced growth in the builder channel which was offset by declines in the home center and independent dealers and distributors channels during the first quarter of fiscal year 2020. Net income was $26.9 million ($1.59 per diluted share) for the first quarter of the current fiscal year compared with $24.8 million ($1.41 per diluted share) in the same quarter of the prior fiscal year.

The Company paid down $42.0 million of its term loan facility during the current fiscal quarter. On August 22, 2019, the Board of Directors authorized a stock repurchase program of up to $50 million of the Company's outstanding common shares.

The image below shows the stock price history of American Woodmark over the past 5 years. From the graphic it is clear that the group's stock price has largely moved  upward at a slow gradual price with it being under $50 a share 5 years ago to trade at the current $77 odd a share now. While not astronomical returns provided the growth has been steady. 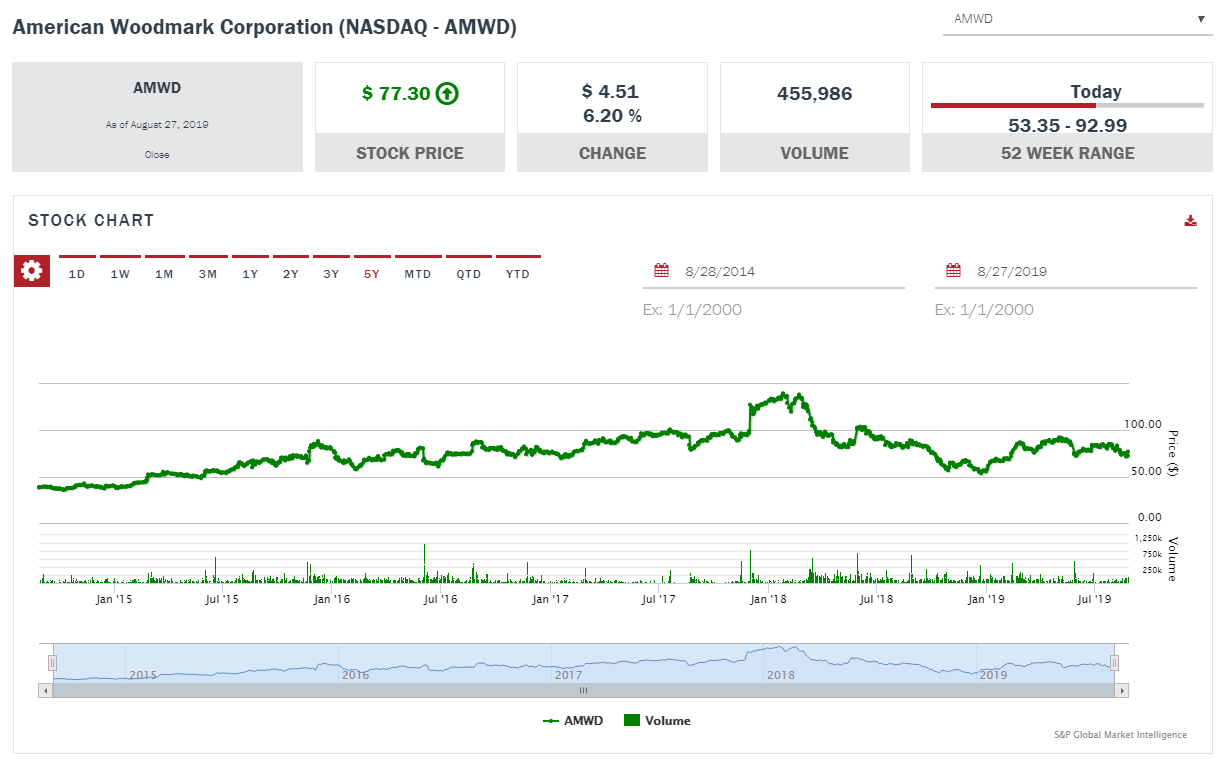 So what do we value the group at based on their latest set of earnings released? Considering the news of a share buy back, their strong cash generation and moderate inventory and accounts receivable levels value the group's stock at $111.30  a share., which will place the group on a moderate PE ratio of 17.5 (not exactly the lofties of valuations available on the market)