BlackRock helps investors build better financial futures. As a fiduciary to investors and a leading provider of financial technology, our clients turn to us for the solutions they need when planning for their most important goals. As of December 31, 2019, the firm managed approximately $7.429 trillion in assets on behalf of investors worldwide 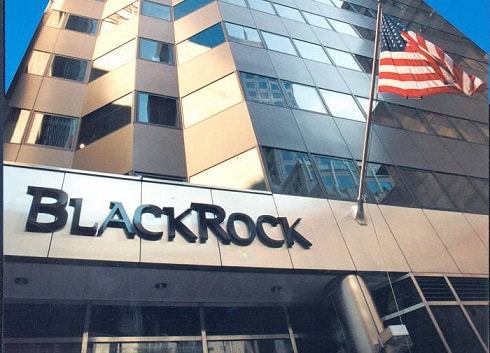 New York, January 15, 2020 – BlackRock, Inc. (NYSE: BLK) today reported financial results for the three months and year ended December 31, 2019.
Laurence D. Fink, Chairman and CEO: “Today’s results reflect the systematic investments we’ve made to build broader and deeper client relationships and meet their evolving needs. Clients are increasingly looking to BlackRock as a strategic partner to deliver not just products, but broader thought leadership on macro and geopolitical issues and whole-portfolio solutions powered by technology. “BlackRock’s 2019 results confirm the uniqueness of our globally integrated, asset management and technology platform. We generated a record $429 billion of total net inflows in 2019, representing 7% organic asset and 5% organic base fee growth, and ended the year with strong momentum, capturing $129 billion of flows in the fourth quarter. Full year flows were positive across product type and investment style, including records in cash, factors and illiquid alternatives. Continued investment in Aladdin, including the acquisition of eFront, drove record growth in technology services revenue to almost $1 billion for the year. “The recently announced acceleration of our sustainability efforts is yet another example of BlackRock’s commitment to helping clients build more resilient portfolios and navigate investment opportunities and risks. We begin 2020 well positioned to continue fulfilling our purpose and leading the evolution of the asset management industry.”
Revenue by product or service type for BlackRock for the 4th quarter of 2019: (in millions of US Dollars ($)) 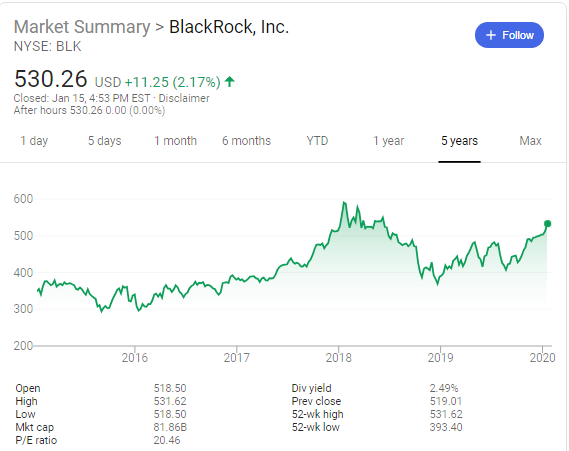 The extract below discusses the latest regarding BlackRock as obtained from TheStreet.com

​BlackRock (BLK) - Get Report reported fourth-quarter results that topped analyst estimates and the firm's total assets it manages climbed 25% to $7.43 trillion from $5.98 trillion a year earlier. The world's largest asset manager reported fourth-quarter earnings of $8.29 a share, up 43% from $5.98 a year earlier. The latest adjusted earnings were $8.34 a share. Analysts surveyed by FactSet were expecting the company to report $7.69 a share.  Revenue reached $3.98 billion, up 16% from $3.43 billion. The FactSet estimate for the latest period: $3.84 billion.

BlackRock’s asset management and technology platform "generated a record $429 billion of total net inflows in 2019,” Chief Executive Larry Fink said in a statement.  The firm’s iShares-branded ETFs took in $75.2 billion of new money, up from the $41.5 billion it brought in the third quarter.  For the year, the company reported EPS rose 7% to $28..43 a share. The latest adjusted number was $28.48 a share. “Clients are increasingly looking to BlackRock as a strategic partner to deliver not just products, but broader thought leadership on macro and geopolitical issues and whole-portfolio solutions powered by technology,” Fink said.
​
Read the full article here 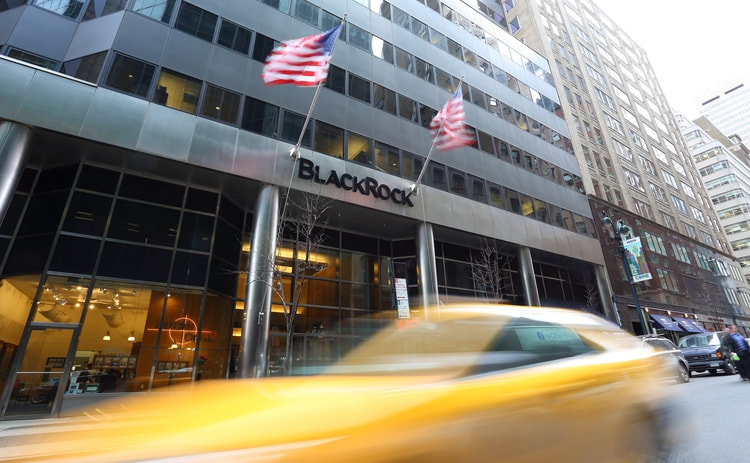 We usually suggest long term fundamental or value investors look to enter into a stock at least 10% below our target (full value) price which in this case is $483.40 Therefore we see a good entry point into BlackRock's stock at $435 or below. We expect the stock of BlackRock to pull back in coming weeks and months to levels closer to our target price (full value price)

The current valuation of $483.40 is significantly higher than our valuation of BlackRock based on their 3rd quarter 2019 earnings in which we valued the stock of BlackRock at $443.10. This is largely due to the massive net inflows of the group and their strong stock repurchase program, both of these factors will lead to greater earnings per BlackRock share in future.

Next earnings release of BlackRock