Copart's management commentary on the results and earnings guidance

The image below, obtained from Google, shows the stock price history of Copart (NASDAQ: CPRT) for the last 5 years. And its been a good 5 years for Copart stock holders with the stock price increasing over 380% over the last 5 years. 5 years ago the stock was trading around $16.70 and its currently trading at $81.38. Copart is also trading very close to its 52 week high of $82.32 and is far away from its 52 week low of $44.61 which is a clear indication that the short term sentiment and momentum of the stock being very positive. 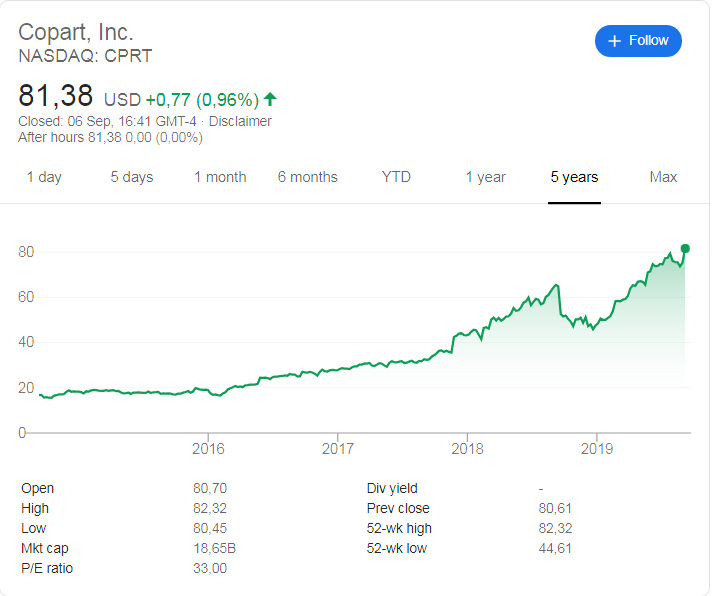 So based on the latest earnings report from Copart what do we value their stock at? Our valuation models places a target price (full value price) on Copart of $53.70. We therefore believe the stock is overvalued and would not recommend that fundamental long term investors or value investors buy into Copart at its current stock price. We suggest looking to enter a stock at least 10% below our target (full value) price. This a good entry into the stock would be at levels around $47. Based on our valuation we expect the stock price of Copart to pull back to levels closer to our target price in coming weeks and months.