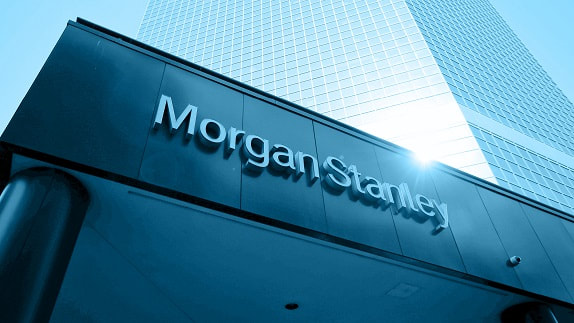 NEW YORK, January 16, 2020 – Morgan Stanley (NYSE: MS) today reported net revenues of $10.9 billion for the fourth quarter ended December 31, 2019 compared with $8.5 billion a year ago. Net income applicable to Morgan Stanley was $2.2 billion, or $1.30 per diluted share,1 compared with net income of $1.5 billion, or $0.80 per diluted share,1 for the same period a year ago.
​James P. Gorman, Chairman and Chief Executive Officer, said, “We delivered strong quarterly earnings across all of our businesses. Firmwide revenues were over $10 billion for the fourth consecutive quarter, resulting in record full year revenues and net income. This consistent performance met all of our stated performance targets.”​ 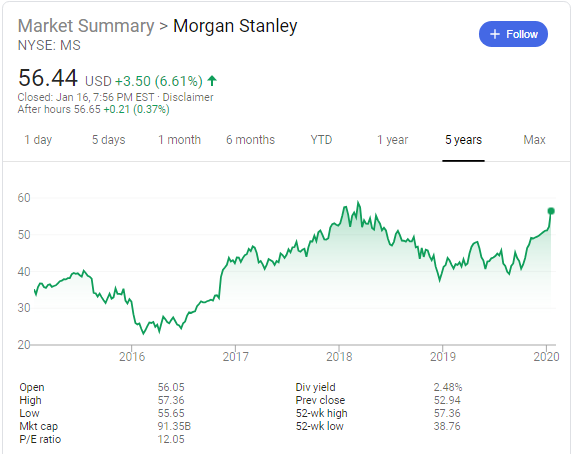 The extract below  discusses the latest regarding Morgan Stanley as obtained from Investmentnews.com

A year ago, Morgan Stanley said it was buying Solium Capital Inc.’s stock plan business for $900 million in a bid to add younger clients and tech startups to its stock-plan administration business.

On Thursday morning, the wirehouse firm said it had set a goal to convert one million of those stock-plan investors to wealth-management relationships over the next five to seven years, through a variety of offerings on Morgan Stanley’s expanding platform. So far, the firm has moved just 5,000 of the stock-plan clients to wealth management, according to a strategic update presentation the firm released early Thursday as part of its fourth-quarter and full-year 2019 earnings.

The focus on the stock-plan clients comes as the firm drives its advisers to use technology to chase trillions of dollars in customer assets held outside the firm. Like Merrill Lynch and UBS, Morgan Stanley a few years ago said it was cutting back drastically on recruiting experienced financial advisers, which is costly and labor-intensive, and instead focusing more on growing the annual revenues of its current roster of brokers and advisers through technology and training.

For example, along with last year’s acquisition of Solium Capital, Morgan Stanley said in September that it was adding more services for 401(k) participants and other workplace clientele as part of a plan to leverage its workplace access to grow its wealth management business as it seeks to build out more services for participants and become a sort of one-stop shop for their financial lives.

“We think this a very interesting space,” said CEO James Gorman on a conference call with analysts Thursday when asked about the stock-plan business, which is marketed as Shareworks by Morgan Stanley. He said it was part of the firm’s move to drive its digital platform and expand its universe of clients.
To that end, Morgan Stanley said that 90% of its financial adviser teams are using digital tools.
​
Read the full article here 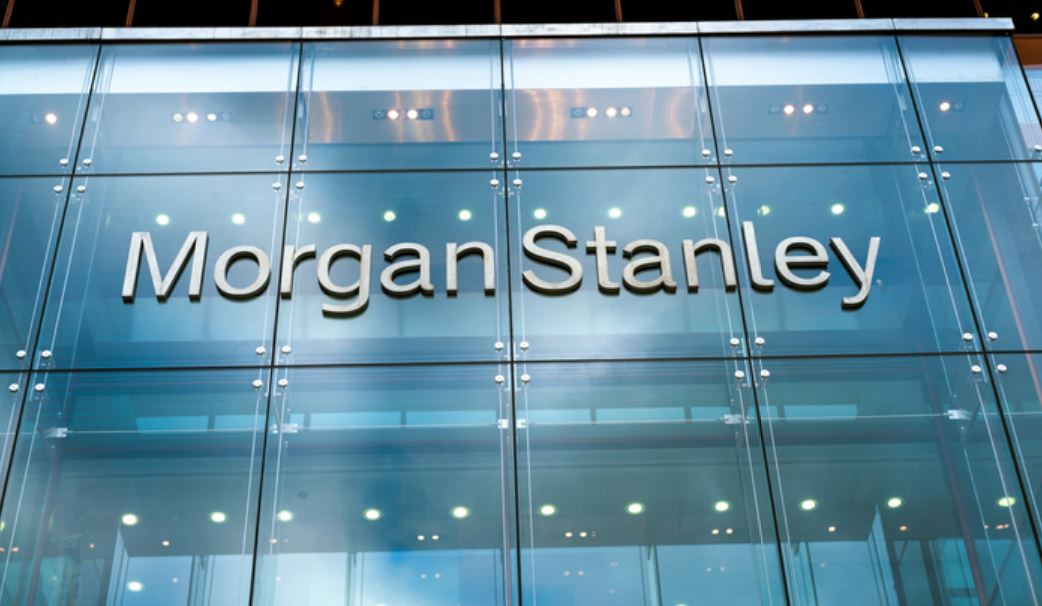 It is expected that Morgan Stanley (NYSE: MS) 1st quarter 2020 earnings report will be released in the middle of April 2020