For almost 60 years, Pizza Inn has been America’s HOmetown Pizza Place.  The nostalgic brand known for its pizza has recorded four consecutive quarters of growth and is building the infrastructure to support consistent growth and performance.

Rave's management commentary on the results and earnings guidance

"Last quarter, we continued to make important improvements in leadership and overall strategy at both RAVE brands," said Bob Bafundo, President of RAVE Restaurant Group. "We continue to focus on the two primary levers for our business – growing same-store sales and adding new restaurants. By adding the right talent and growing each brand, we believe we are clearly setting the path for future success."

Fourth Quarter Fiscal 2019 Operating Results
Pizza Inn total domestic and comparable store retail sales increased by 0.8% and 2.2%, respectively, during the fourth quarter of fiscal 2019 compared to the same period of the prior year. "Pizza Inn had another positive quarter," said Bafundo.  "We've made tremendous progress and have seen exceptional results from our strategy of aligning with franchisees on brand objectives and improving communication across the system. In addition, initiatives such as all-day buffet and restaurant remodels continue to drive sales and traffic growth. We are proud of the renewed excitement around this brand and look forward to additional successes in 2020."

Pie Five total domestic and comparable store retail sales decreased by 22.1% and 7.3%, respectively, for the fourth quarter of fiscal 2019 compared to the same period of the prior year. "To improve service consistency and operational efficiency at Pie Five, we've added Scott Black to the team as our new Vice President of Operations," said Bafundo. "Scott has a proven track record of success with over 30 years of experience in the food and beverage industry, specifically in the pizza segment and as a restaurant owner. Scott is assisting us in sharpening our distinctive service model to create a guest experience that capitalizes on the customization, approachability, and speed of dining with Pie Five."

​Development Review
During the fourth quarter of fiscal 2019, Pizza Inn domestic unit count including PIE decreased by one. "With existing franchisees signing on for multi-unit development agreements, Pizza Inn is now outperforming our recent pace of development," said Bafundo.  "It's exciting to see our legacy brand growing again and we expect new development to keep the pipeline full for the coming quarters."

The Company continued its rollout of Pizza Inn Express, or PIE, that debuted in 2018 with one new opening in the fourth quarter of fiscal 2019 bringing the unit count to nine at the end of the quarter. "As one of the only restaurant-branded concepts in the convenience store space, PIE continues to gain traction," said Bafundo.  "Only 18 months ago, we started with a blank slate and took a year to develop this non-traditional model and define operational systems. Today, we have a concept that provides a seamless customer experience with the same quality pizza found in our traditional locations.  The development opportunities for this concept are both promising and significant."

In the fourth quarter of fiscal 2019, Pie Five opened one new domestic unit, closed four domestic units and transferred one Company-owned unit to a franchisee, bringing the domestic unit count to 58 restaurants at the end of the quarter. "We continue to experience strong interest in Pie Five," said Bafundo. "With our Goldilocks model, we have lowered the new store development investment as well as ongoing occupancy costs. This strategy has begun to show positive results in improving restaurant fundamentals. Non-traditional development is surpassing projections and, as we leverage these opportunities, we expect this success to continue." 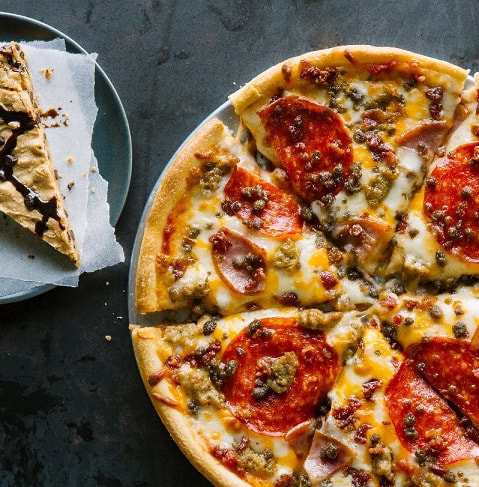 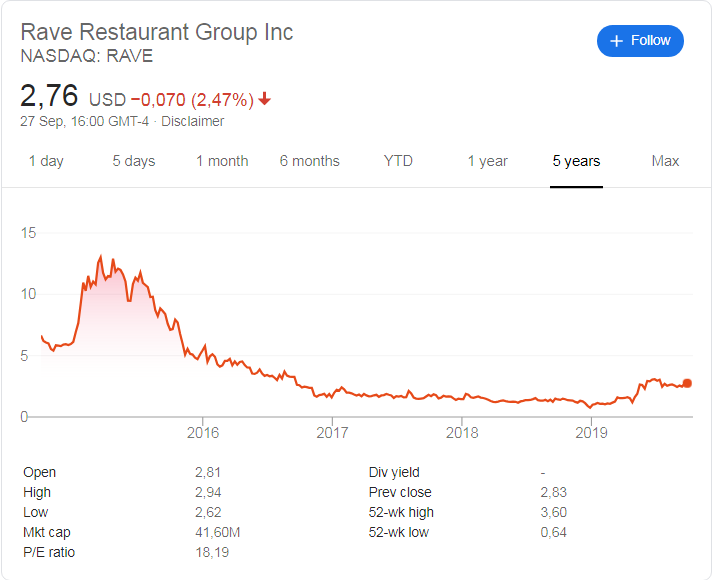