RCI Hospitality Holdings, Inc. subsidiaries own and operate upscale gentlemen's clubs and restaurants. Other activities include websites and a media division.Founded in 1983, the Rick's Cabaret brand pioneered the creation of elegant gentlemen's clubs featuring beautiful topless dancers and high quality restaurant service. Since going public in 1995, we have transformed into a leading hospitality holding company. Our subsidiaries own and operate over forty establishments under multiple brands throughout the nation. Our name changed to RCI Hospitality Holdings, Inc. in 2014. We are listed on The NASDAQ Global Market under the symbol Rick.

Our subsidiaries have built powerful brand name awareness for their upscale environments and enjoyable adult entertainment. Anna Nicole Smith met her oil billionaire husband while dancing at Rick's Cabaret and many performers have become Penthouse Pets and Playboy Playmates. Forbes named RCI Hospitality Holdings one of America's 200 Best Small Companies since 2008. We have been profiled in The Wall Street Journal, Fortune, MarketWatch, Corporate Board Member, Smart Money, USA Today, The New York Daily News and other publications. The Rick's Cabaret-NYC Steakhouse is listed in Zagat's New York Nightlife and included in the TONY 100 list of fine Manhattan dining establishments by Time Out New York. Options in RICK are traded on the Chicago Board of Options Exchange (CBOE). 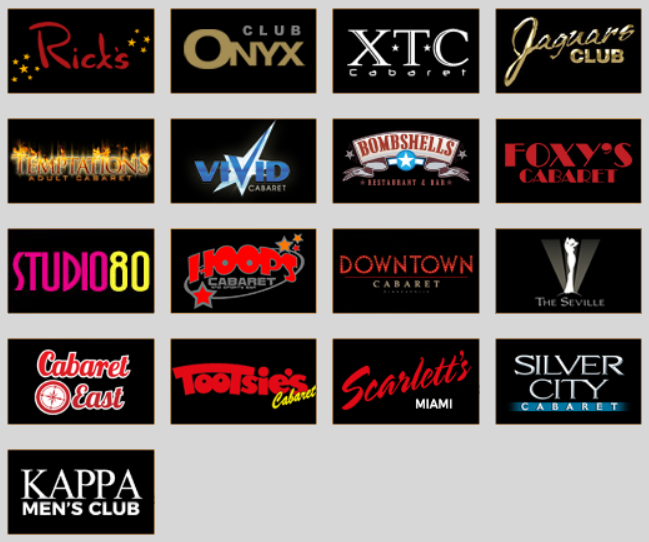 RCI Hospitality's management commentary on the results and earnings guidance

"We're pleased to file our second and third quarter 10-Qs, posting the same strong top and bottom line results we had reported when we released preliminary financials,” said Eric Langan, President and CEO. "Strong revenue trends have continued two-thirds of the way through 4Q19. In addition, we are currently marketing $14 million of properties, most of which are non-income producing, of which $6 million is under contract or letter of intent."
​ 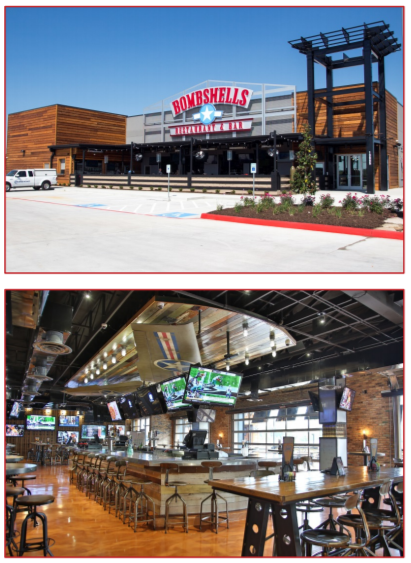 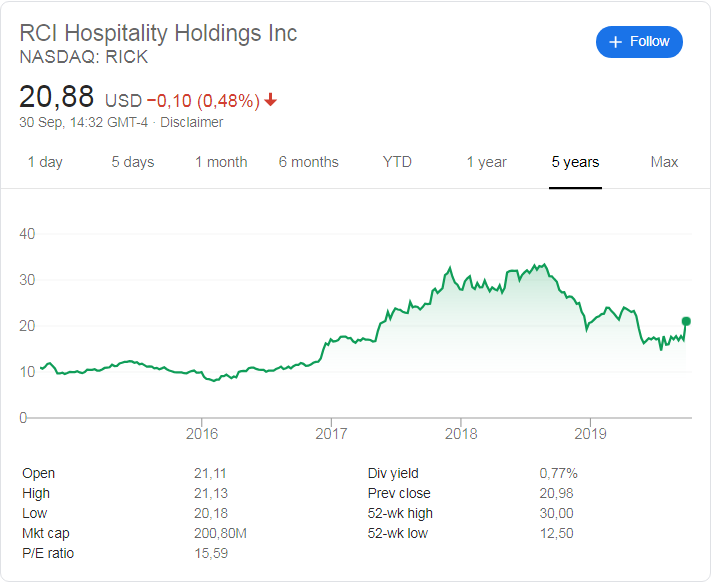 We usually recommend long term fundamental or value investors buy a company's stock for at least 10% less than our target (full value) price, which for RCI hospitality is $35.20. A good entry point would therefore be at $31.70 or below. And since the stock of RCI hospitality is well below this price we rate RCI Hospitality a buy