​“We are pleased with the Company’s results in the quarter as the financial performance at Dover exceeded our already high expectations and our Rhode Island operations performed well despite some softness in the New England gaming markets in the second quarter,” said George Papanier, President and Chief Executive Officer. “Our emphasis of focusing on in-market and out-of-market accretive growth is also proving itself in the early going as we continue to grow prudently into a multi-state operator based in Rhode Island versus a single regional operator.”

​Our Rhode Island segment has been impacted by new competition which opened in Boston in late June. In commenting on this impact, George Papanier said, “The new competition had a greater than expected negative impact on our table games at Lincoln in July 2019, while our slots performance for the same period was in line with expectations given the seasonal weakness that we noted earlier that impacted the second quarter. Table games revenues decreased by approximately $3.9 million(1), or 34%, to $7.6 million when compared to July 2018, while our slots NTI decreased approximately $6.4 million, or 17%, to $32.2 million(1) compared to July 2018. We are pleased with the lack of impact we have experienced at Tiverton where gaming volumes in July were relatively flat to our recent monthly run-rate which we view as a positive. When we conceived and planned the Tiverton property, the expectation was for it to offset the impact of new competition so that operating income in the market would be flat to Lincoln alone. We are revising our expectations for combined operating income to be lower by approximately 10% from those expectation levels.”

​On June 14, 2019, the Company declared a cash dividend of $0.10 per common share (“Dividend”) that was paid on July 23, 2019 resulting in a $4.1 million return to shareholders. On July 26, 2019, the Company completed a modified Dutch auction tender offer (“Offer”) and repurchased approximately 2.5 million shares of its common stock for cash at a price of $29.50 per share for an aggregate purchase price of $75 million. Both the Dividend and Offer were components of the Company’s previously announced capital return program and were funded with cash on hand. After the effect of the payment of the Dividend and consummation of the Offer, the Company had approximately $171 million available for use under its capital return program. 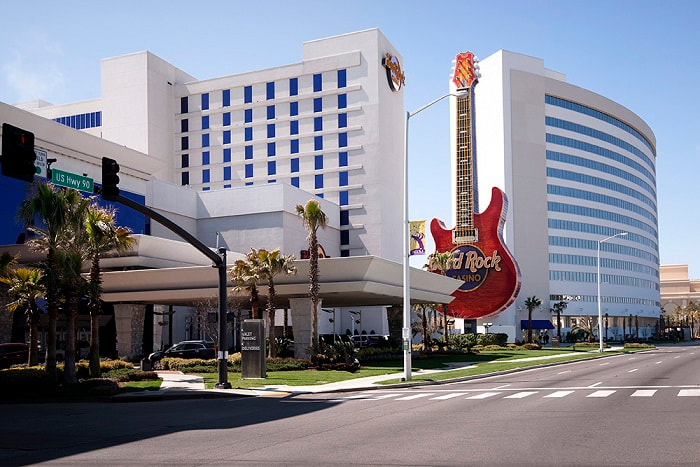 kThe image below, obtained from Google, shows the stock price history of Twin River (NYSE: TRWH) since its listing. And sadly for Twin River investors its not been a great time for the group since they listed. At their time of listing in March 2019 they were trading around $30 a stock, and they are currently trading at $22.07. This is a negative return of -26.4% in 7 months this their listing. And the bad news for Twin River investors is the fact that the company is trading at a lot closer to its 52 week low of $20.35 than it is to its 52 week high of $33.98 which to us is a clear sign that the short term sentiment and momentum  of Twin River stock is still overwhelmingly negative. 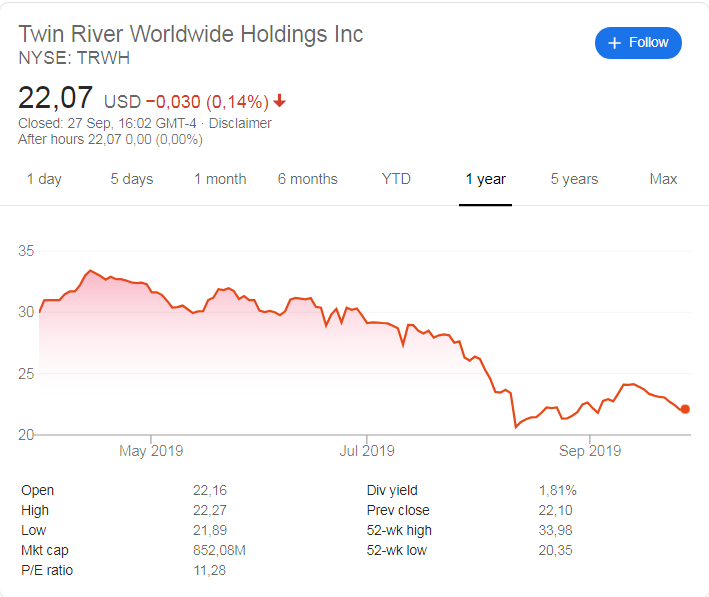