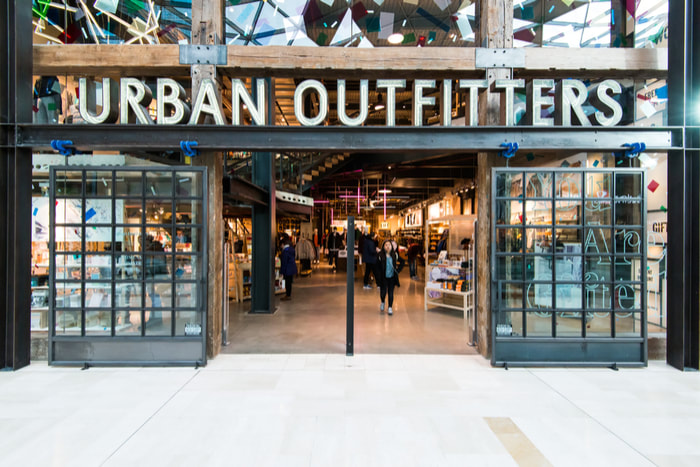 PHILADELPHIA, Nov. 19, 2019 (GLOBE NEWSWIRE) -- Urban Outfitters, Inc. (NASDAQ:URBN), a leading lifestyle products and services company which operates a portfolio of global consumer brands comprised of Anthropologie, BHLDN, Free People, Terrain, Urban Outfitters and Nuuly brands and the Food and Beverage division, today announced net income of $56 million and $149 million for the three and nine months ended October 31, 2019, respectively. Earnings per diluted share were $0.56 and $1.47 for the three and nine months ended October 31, 2019, respectively.
“I’m pleased to report record third quarter sales, driven by better reaction to our apparel assortments and strength in the digital channel,” said Richard A. Hayne, Chief Executive Officer. “Looking ahead to Q4, we’re encouraged by positive sales-to-date but realize our highest volume days have yet to be written,” finished Mr. Hayne.

However Urban Outfitters' stock lost 16.2% in after hours trade as the image below shows, following the release of their latest earnings report. 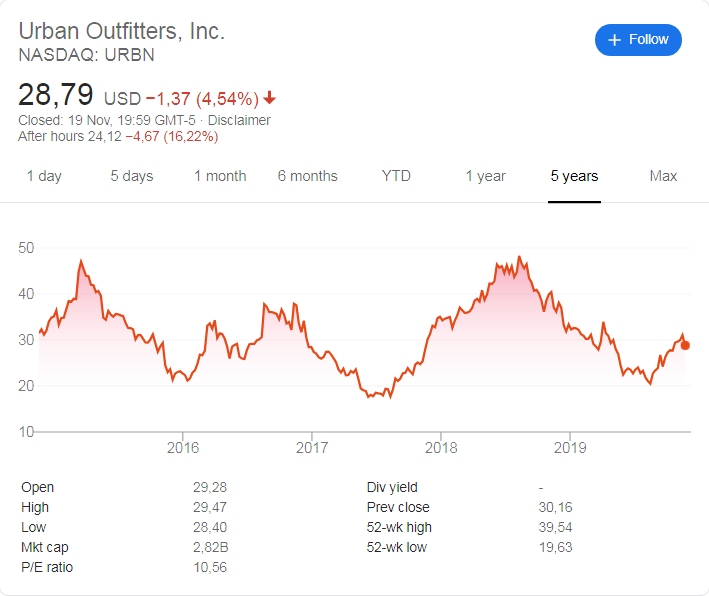 The extract below covers the latest regarding Urban Outfitters as obtained from TheStreet.com

In the same period a year ago, the company posted earnings of 70 cents a share on sales of $973.5 million. The stock fell $4.05, or 14%, to $24.75 in after-hours trading. The stock had risen more than 40% since the company last reported earnings on Aug. 20. Urban Outfitters said its gross profit rate fell by 217 basis points vs. the same period last year. The decrease "was driven by higher markdowns, deleverage in delivery and logistics expenses and lower Wholesale segment margins," the company said in a statement. In the upcoming quarter analysts are forecasting net income of $81.9 million, or 83 cents a share, on sales of $1.2 billion.
​​
Read the full article here 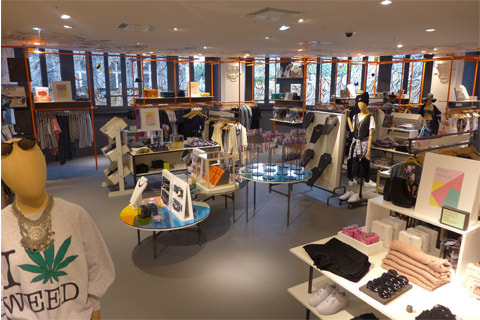 Inside a Urban Outfitters store in Paris

​We usually recommend long term fundamental or value investors look to enter a stock at least 10% below our target (full value) price, which in this case is $31.30, thus a good entry point into Urban Outfitters would be at $28.20 or below.

We expect the stock of Urban Outfitters to recover from the significant drop after their latest earnings release to levels closer to our target (full value) price in coming weeks and months.

Next earnings release for Urban Outfitters